The Saint Bernard is a breed of very large working dog from the western Alps in Italy and Switzerland. They were originally bred for rescue by the hospice of the Great St Bernard Pass on the Italian-Swiss border.

The Monastery and hospice were founded by Bernard de Menthon, an Augustine monk, in the middle of the eleventh century (no exact date can be found).  These edifices were located in the only pass through the Alps between Italy and Switzerland. Being the site of heroic rescue tales, it was later named the Great Saint Bernard Pass to differentiate it from the Little Saint Bernard Pass that is between France and Italy. The altitude at the Great Saint Bernard Pass is a little more than 8,000 feet above sea level. As it was snow free only a few months during the warmest part of the summer, it was very dangerous for foot travelers journeying to or past the hospice. Being caught on foot in that difficult terrain during unexpected inclement weather was often fatal, but those who braved that treacherous territory were comforted to know that the hospice was staffed with dedicated monks and their special dogs.

The dogs which were bred consistently at the hospice from the 1660’s until the period represented by the paintings of 1695 came from the Swiss valleys near the hospice. These dogs were likely descendants of the mastiff style Asiatic dogs that were first brought there by the Roman armies during two war periods. Valley dogs existed for centuries without being known as a particular breed. The typey dogs developed at the hospice were derived from those previously existing in the countryside of Switzerland.

From the available written records, it seems that the unique lifesaving work of the dogs began about the year 1700. Before that time, it is assumed that these dogs served as watchdogs and companions to the monks during their winter periods of snowbound isolation. No written records clarify how the rescue tasks of these dogs evolved. It appears that the dogs initially accompanied the monks on mountain patrols after bad snowstorms seeking unwary missing or trapped travelers. The dogs seemed to have had an uncanny sense to detect impending avalanches, consequently the monks wanted the dogs to accompany them while they traversed those perilous footpaths. Somehow the dogs learned rescue techniques from the monks. Eventually male dogs were sent in unaccompanied packs of two or three to seek lost or injured pilgrims. (They thought this work was too arduous for the bitches.) Often the dogs had to find people buried in the snow, dig through the overlaying snow, rouse the traveler and lie atop the wayfarer to provide warmth if the traveler was unable to move. Meanwhile, the other dog would return to the hospice to alert the monks that they needed to rescue a trapped pilgrim. Travelers who could still walk would be led back to the hospice by the dogs. The instinct to dig to people buried beneath snow and to rouse those lying in snow is still evident in the breed today.The dogs had serious work to accomplish; they had to work as a team to save wayfarers in trouble. Therefore, the monks made no concession for male aggression toward each other or toward any traveler. This is the same temperament that is implicit in the breed today. (This being said the temperament of the Saint Barnard should always be on the mind of any dedicated breeder, as this breed should be friendly towards other dogs and people). 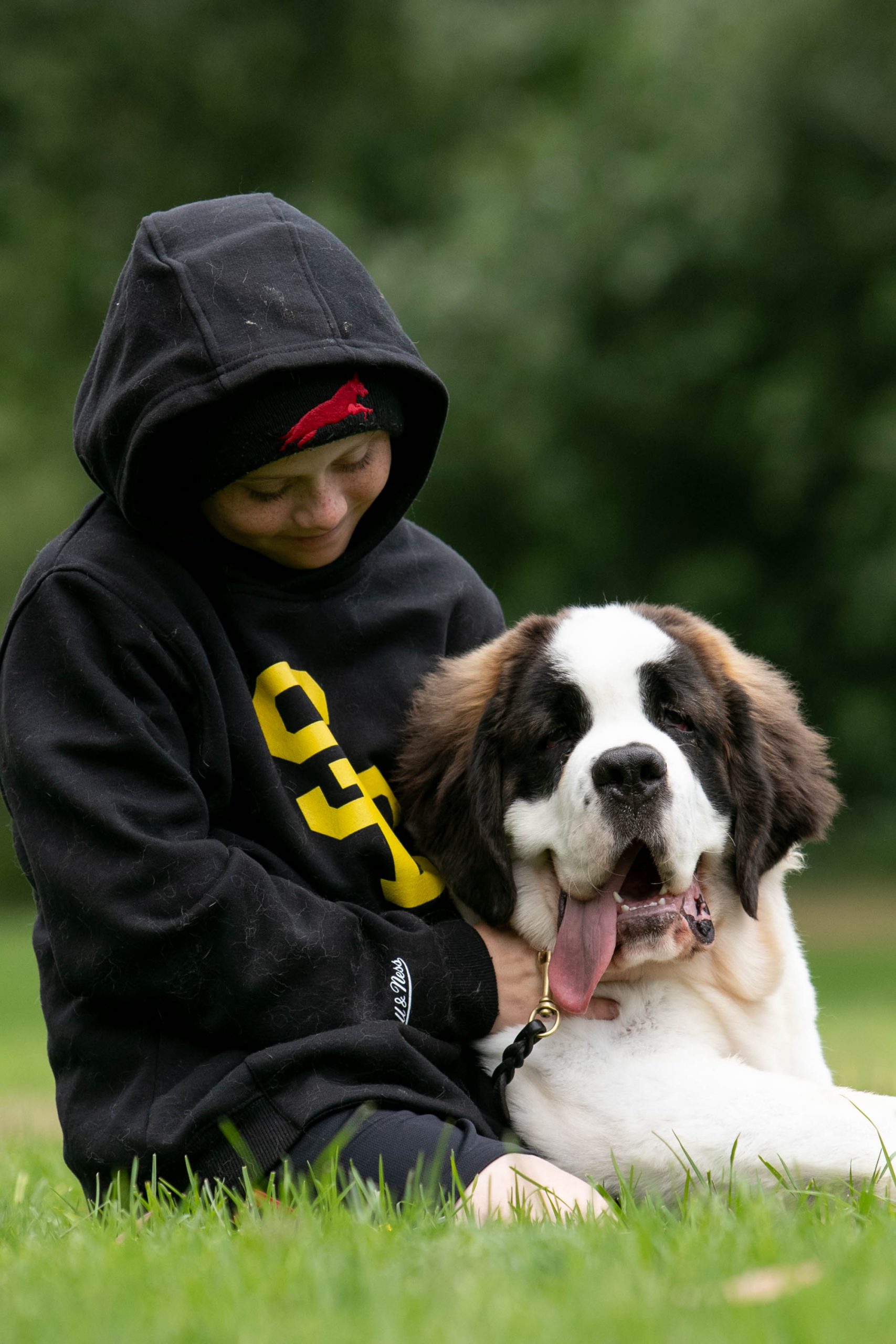